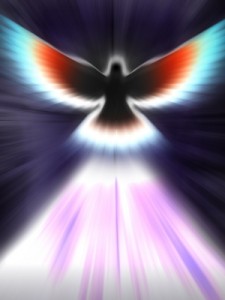 During one of my internships in college, I was a graphic artist and had developed skill with Adobe Photoshop. Despite my artistic leanings, after college I ended up in staffing and human resources. After deciding that human resources wasn’t for me, I looked for a way to use the artistic skill that I had developed to earn a living. Through a set of good breaks and connections, I was hired by a small online training company as a graphic artist. I was hired primarily because of my skill with Photoshop and Microsoft Office, and my main job was to make PowerPoint presentations look pretty.

Most traditionally trained graphic artists are familiar with Adobe’s suite of products. Photoshop and Illustrator are standard tools for professional image editing and artwork. Almost all traditional graphic artists have good skills with these programs. However, I was not a traditional artist. My degree is in marketing, but I’d been doing various kinds of art for years. I had good skill with Photoshop, but was weak in most areas of the rest of Adobe’s product line. I knew that wouldn’t be too much of a problem, because 99% of my work would be done in Photoshop and PowerPoint.

However, I knew that one day I’d be asked to use Illustrator, which was one of the tools that I didn’t know how to use well.

Today was that day.

Tip from Terence: Adobe is the leader in digital art software, but there are alternatives like Gnu Image Manipulation Program (GIMP). GIMP is too unwieldy for me, but it is free. Some people swear by it and believe that it is as powerful, or in some cases more powerful, than Photoshop. However, those who have been trained in Photoshop may not be willing to deal with the “unlearning curve” necessary to use GIMP. I tried to use GIMP for weeks on Tales from Terence, but eventually signed up for Adobe Creative Cloud so I could use Photoshop. If you would like to try out GIMP, then I strongly suggest that you invest in a manual to help you. GIMP has less of a learning curve than a learning mountain, but the program won’t cost you anything.

I should have been learning how to use Illustrator either at home or during my downtime at work. I even had a student copy of the program that I had purchased while in college, but I never took the time to learn it properly.

Tip from Terence: If you KNOW that you need to develop a skill, please take the time to learn it before it becomes paramount to your success and/or survival. There is nothing worse than suddenly needing a skill that you should have learned years ago. Good intentions don’t produce results unless you put actions behind them. As Dr. Dave Martin puts it, “The more knowledge you have, the fewer miracles you’ll need.”

The company I worked for had recently partnered with another company on a new business, and needed a logo for the new business. My boss asked me to come up with a few logos for the new company, and I began working immediately. I was smiling on the outside, but on the inside I was terrified. I knew that the logo would need to be created in Illustrator, and that my Illustrator skills were slightly above non-existent!

Tip from Terence: Illustrator is a vector graphics art program that enables artists to create artwork that can be easily re-sized without any loss in quality. It is primarily used for logos, or other artwork that needs to appear in many sizes.

I went to my office, shut the door, and began creating sample logos. I struggled for about an hour, then looked at the creations. They looked TERRIBLE! One had pink artwork with weird bubbles in the background, and another had light blue ovals with bad lettering. I was assigned to create logos for a next-generation selling and training platform, and these logos looked like they were for a low-budget baby shower!

I worked a little longer, printed out the logos, and took them into the meeting room with my boss.

This is the conversation my boss and I had after he looked at the logos:

Boss: “Terence, can you give us some more options?”

However, this is the conversation my boss and I should have had:

Boss: “These are some wack logos.”

Boss: “Can you make us some non-wack logos?”

I went back into my office and shut the door again. I didn’t know what to do! Not only did I not have the skill to do what I was being asked to do, but I had told my boss that I could come up with new designs immediately.

I was sweating and panicking, because I just didn’t have the skill!

Then something came to my mind! I had recently attended a business seminar and learned that many successful entrepreneurs prayed and asked for help from God before they began working. I was a believer in Jesus Christ, but I had never asked for God’s help in my job. I bowed my head, and prayed for guidance, skill, focus, and strength.

Tip from Terence: If you are a believer, then you have access to supernatural skill and talent because of the Holy Spirit who lives inside of you. Take advantage of this! I never realized how much of an edge this gives, until I started tapping into this resource. Before I do any work, I pray something similar to the following prayer: “Thank you Lord for helping me. I bind distractions in the name of Jesus. I loosen faith, favor, focus, joy and peace, in the mighty name of Jesus, amen.” And you know what? I am MUCH more crisp, focused, and productive than if I had attempted to do the work without tapping into the Spirit. Why try and do things all in your own limited strength, when you have the creator of the universe on your side?

The next hour was supernatural! I began creating work that was far beyond my skill level. The three new logos that were created were slick, polished, and all conveyed a message that would be suitable for the new partnership’s brand. Thank you, Lord!

Honestly, I couldn’t believe the quality of the work that was in front of me. One hour earlier I had done my best in my own strength and created junk. But now, after asking for help from the Lord, I had created work that I knew would be a good fit for the company. I then printed out the new logos, and brought them to my boss:

He showed the other partners the new logos. They then chose one and gave suggestions on how to improve it. I made the changes, and they ended up using that logo for the new company. In fact, that was the company’s logo for the next five years!

If you believe that Jesus Christ died for your sins and that you are holy and righteous through the blood of Christ, then you already have access to this supernatural power inside of you. If you haven’t yet accepted Jesus Christ as your Lord and Savior, then I encourage you to find out more here.

Life can be a challenge, but you don’t have to go through it alone. God is with you, and God is for you! If you are already a believer, then go deeper in the Bible and learn about all of the promises that God has in his Word for you. If you are not yet a believer, then click here to learn more, and, “Taste and see that the LORD is good; blessed is the one who takes refuge in him.” (Psalms 34:8 NIV)